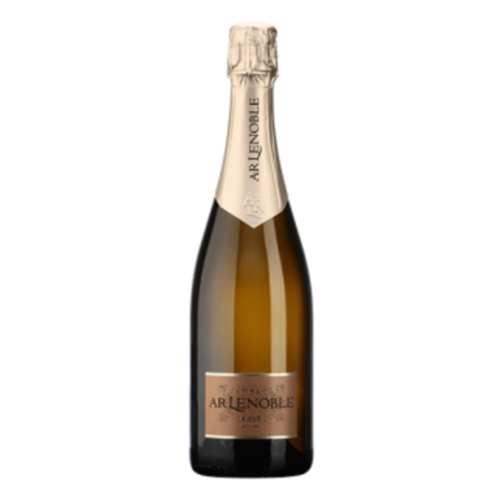 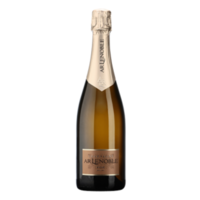 "Aged for at least 6 years in our cellars, this demi-sec receives its dosage and then goes back down into the cellars for an additional 2 years before release. A surprisingly-balanced wine, suave and airy, it is an original companion for cheese boards, spicy dishes or simply a roasted chicken from the farm."

Okay, we have a soft spot in our hearts for A.R. Lenoble Champagne ... we love what they do as a family and how they have taken a stand for their beliefs while continuing to make amazing champers!

"The story begins in 1870. During the war, Joseph Graser flees the Germans and leaves his native Alsace and walks all the way to Epernay in Champagne, the place where his wife Alice was born. He dies suddenly in the street at the age of 44. His son Armand-Raphaël, who had dreamed of becoming a doctor, is forced by nature to become head of the family at a very young age and starts his professional life as a wine broker instead.

In 1920, Armand-Raphaël starts to produce his own wines under the name of Champagne Graser, although he quickly changes the name of his house to AR Lenoble. With the armistice still fresh in mind, he decided that a name with German connotations was perhaps not the best idea. He creates his own brand called « AR Lenoble », combining his initials « AR » with « Lenoble » as a tribute to the nobility of the wines of Champagne.

4 generations will then succeed each other each one of them promising to keep the domaine in the family as well as completely independent, and each one of them armed with strong convictions defended with commitment and devotion.

Today, the domaine is managed by the sister and brother team of Anne and Antoine Malassagne. For over 20 years, guided by their convictions, they have shaped the wines of Champagne AR Lenoble. By deciding not to accept tempting takeover bids along the way that could have allowed for easier and more accelerated development prospects, they have been able to preserve their freedom. This cherished independence is a guarantee of quality, permitting them to constantly strive to do even better while not having manage demands for immediate return-on-investment or the whims of shareholders."

Since 2012, the vineyards of AR Lenoble have been certified HVE (Haute Valeur Environnementale).
Beehives were introduced into the vineyards of the domaine nearly a decade ago, a testament to our commitment to biodiversity.

Find out more about what makes their winemaking special!