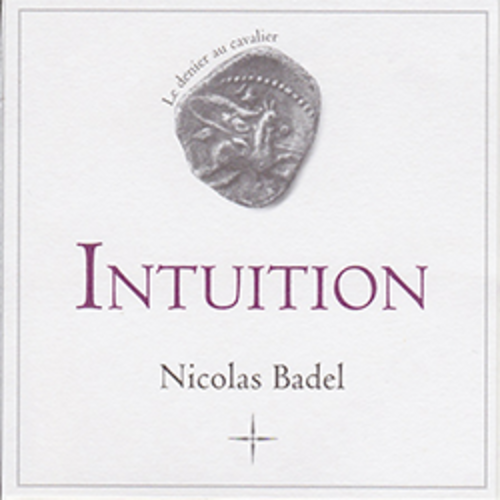 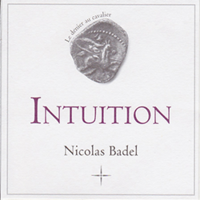 From the 2.5-hectare Les Grandes Vignes vineyard at 350 meters on sandy-granitic soil with southern exposure. Intuition is a very special reclaimed ancient Roman vineyard located near Vernosc-lès-Annonay, on the plateau above the Rhône valley. The Intuition vineyard is incredibly unique from the rest of the Rhône valley. Instead of an industrial corridor, it is set in a bucolic environment, surrounded by scrubby woodland, high above the river. Primarily syrah with a tiny amount of co-planted viognier. Certified organic.

Vinification Intuition is fermented with natural yeasts in cement tanks and then aged in a combination of 20% new barrels and 80% 1-year-old Burgundy barrels.

Hailing from the Northern Rhône and a family of local farmers, Nicolas Badel trained as an engineer before deciding that winemaking was where his heart was. Nicolas returned to school and studied viticulture, spending many years working in other people’s vineyards. In 1999 he acquired his vineyards in Saint-Joseph and Condrieu near the town of Limony and began by selling his wine to the local cooperative. It wasn’t until 2010 that he finally started bottling wine under his own name from his own 8 hectares, which says a lot about Nicolas. He is not one to rush anything; instead, he is a steadfast perfectionist who prefers to take his time and do things the right way. He has been certified organic since the very beginning and is now in the process of carefully working biodynamics into his vineyards, with the intent of making the finest wines possible from his terroir. His labels feature a reproduction of the Roman coins from 75 BC that were found in the Intuition vineyard (along with other artifacts) during planting, evidence of the incredible history of this his vineyards.

The winery is located near Vernosc-lès-Annonay, on the plateau above the Cance valley a tributary of the Rhône. On a hillside called Les Grands Vignes next to the winery, Nicolas has reclaimed 2.5 hectares of vines at 350m on sandy granitic soils with full southern exposure, from which he makes his wine called Intuition. The vineyard is planted mostly to syrah, but also some marsanne and viognier within a natural Clos, which is secluded within a forest, untouched by other vineyards. Nicolas calls the area very "sauvage."

The Intuition vineyard is incredibly unique from the rest of the Rhône valley. Instead of an industrial corridor, it is set in a bucolic environment, surrounded by scrubby woodland, high above the river. This setting is incredibly important when you are interested in is biodiversity. Nicolas isn't just doing following the rule book of organics in order to have the certification; instead, he is actually living out the spirit of that philosophy. The Intuition vineyard is central to the person he is. It is also notable that no other employees are helping Nicolas, as he shoulders all of the work in the vineyards and winery solo, creating a direct line between himself and the terroir.

Nicolas likes to explain that his wine-making is not formulaic: he adapts it to the conditions of the vintage. The idea, in the end, is to make wines that are terroir and finesse-driven, pure, precise, clean and transparent. The wines are meant to be structured but also easy to drink. We tend to agree, as Nicolas’ wines are captivating upon release, yet will undoubtedly reward the patience of those who add a case to their cellars.

The newest plantings in his vineyards are all selection massale syrah from very old vineyards in Côte Rôtie, Hermitage, and Chateauneuf-du-Pape. He is using these to replace any dead or missing vines in his other vineyards.

Nicolas produces two single-vineyard wines from the Saint-Joseph appellation. Montrond is a fresh, full, vibrant expression of syrah grown on pebbly, granitic soil near the village of Limony, in the northern part of the appellation at 300m elevation, overlooking the Rhône river. Les Mourrays comes from a special parcel of 48-year-old vines directly above the village of Limony, also on granitic soils. We are also sometimes able to obtain a handful of cases from his complex 0.4 hectares Condrieu vineyard. All of Nicolas Badel’s wines are certified organic by the EU.