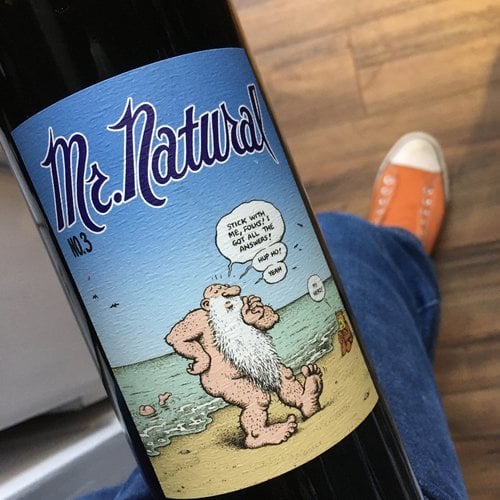 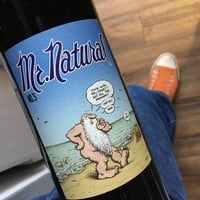 "Mr. Natural is the name we have given our new series of zero/zero wines. Our first bottling under this label hails from a century-old planting of Mourvedre from the remote Lime Kiln Valley. The appellation boasts only two vineyards, farmed by the Enz family, and sits in the midst of a 19th Century limestone and granite quarry blessed with amazing limestone, granite, and dolomite soils that helped rebuild San Francisco after the 1906 quake.

While our approach has always favored minimal intervention to allow the site to shine through, it's a rare vineyard that boasts the perfect confluence of factors that allow us to produce a vivid, expressive, and consistently delicious wine without any additives whatsoever. Enz is such a place: farmed organically, without irrigation, at 1000' elevation. Nothing is added, and nothing taken away. We racked once, and bottled in August of 2019 without filtration or addition of any sulfur (or anything else.) Pure, fragrant, natural, and beautiful.

Several years ago, when the idea was in gestation, Alex wrote Robert Crumb in France, and received his blessing to use his original underground comix art from the Village Voice in the 1970s for the label. We are very excited to let it loose in the world. Peace out! -Alex & John"