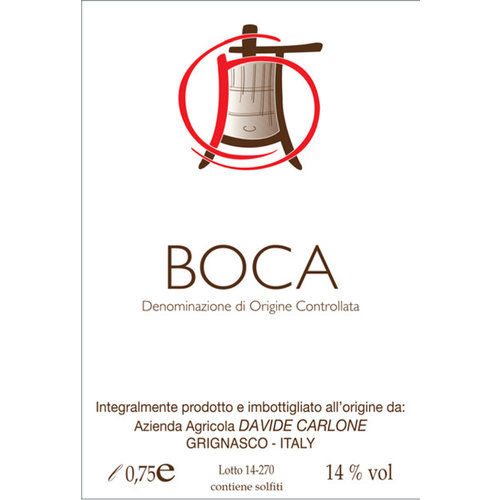 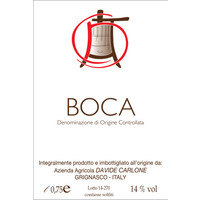 In his late teens, Davide Carlone (born 1968) worked a 1ha, old-vine Boca vineyard that was one of only three hectares still in existence. In this tiny appellation that once flourished, little remains of the once prolific vineyards that thrived pre-phylloxera. To understand how the landscape of Boca and neighboring Lessona, Gheme and Gattinara appeared in that era, simply replace these now mostly wooded hills with the vast vineyard extensions of the Langhe today. In fact, in that era the tables of Nebbiolo production were reversed with Upper Piedmont as the epicenter.

Crafting natural wines, Carlone has been the guiding light of Boca, offering advice and growing for others while the appellation slowly gained traction. Today, he keeps a bit more of his grapes and finished wines for himself. The Croatina spends a year in cask and the Boca nearly four, with minimal racking. Both Croatina and Nebbiolo are utterly unique expressions when grown in Boca, in part because the soils and bedrock are primarily volcanic porphyry, which is an appellation specific trait because the hills of Boca are the remnant of a once active volcano.