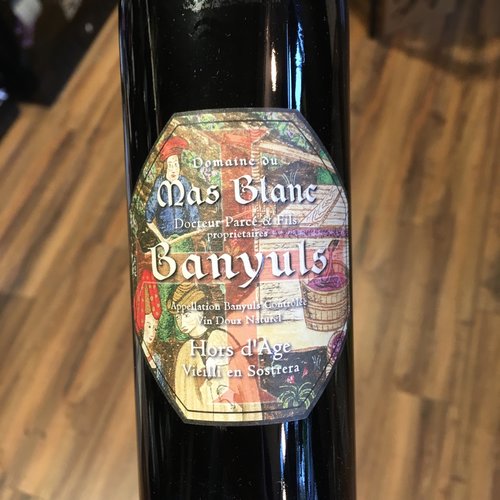 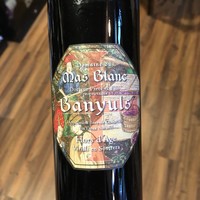 ‘Sostrera’ is the word for ‘solera’ in the local Catalan parlance of Banyuls. Dr. Gaston Parcé established the solera at Mas Blanc in 1925 with two layers of demi-muids (650-litre barrels) full of wine. The Domaine bottled the first wine from the solera in 1946. This commitment to extended aging within the Sostrera continues today. The wine is 100% Grenache noir (from cuttings brought from Château de Beaucastel), fortified in the usual manner of the estate.

Every few months, winemaker Jean-Michel Parcé tops up the barrels with older wines, creating a sort of ‘semi-oxidation.’ But a blending for bottling only happens every 5-10 years, when Jean-Michel blends from the second layer of demi-muids and adds older wines into the first layer of barrels. This measured approach means that these hallowed barrels capture the entire history of the Domaine.

Domaine du Mas Blanc and the family of “Docteur Parcé” have been the driving force behind the Banyuls and Collioure appellations for three generations. The domaine's roots can be traced to 1632, but its modern history dates to 1921, when Dr. Gaston Parcé began bottling his wine and became the leading proponent of the Banyuls appellation, established in 1936. He was succeeded by his son, Dr. André Parcé, who in turn was the visionary behind the Collioure appellation, established in 1971. André's friendships with the families of Beaucastel, Chave and Tempier led to cuttings from those estates finding home in Domaine du Mas Blanc's terraced vineyards overlooking the Mediterranean Sea. Since 1976, the domaine has been led by André's son, winemaker Jean-Michel Parcé, who continues to further his family’s commitment to tradition and reputation for leadership in the appellations.