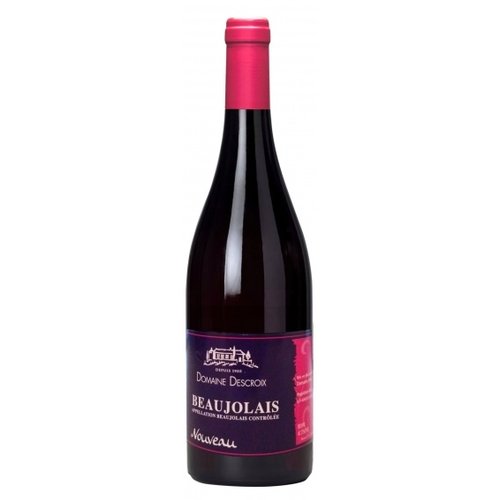 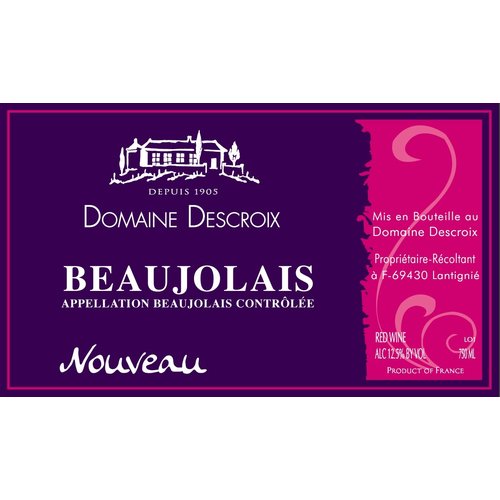 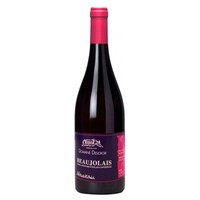 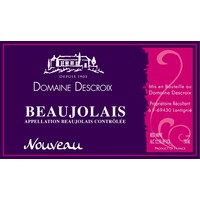 Nouveau is made with carbonic maceration, or whole-berry fermentation. This technique preserves the fresh, fruity quality of the grapes without extracting bitter tannins from the grape skins.The result is an easy-drinking, cherry-red, tasty, clean wine that is best served chilled. Beaujolais Nouveau is meant to be consumed young, within 5-7 months.

Vinification: 5 days of carbonic maceration (whole cluster fermentation), followed by 7 to 10 days of maceration, pigeage (punch down of the cap) and delestage (racking).

Domaine Descroix is a fourth-generation family winery, founded in 1905 & currently owned by Xavier Descroix. The winery is located in the village of Lantignié, north of Beaujolais, right next to Beaujeu (the historic capital for which the Beaujolais region is named). Lantignié encompasses the crus Régnié, Brouilly and Morgon.

The wines are vinified, aged and bottled at the winery, combining tradition and modern technologies. They work in respect of the terroir and the environment, focusing on low yields to obtain high quality grapes. They aim to produce Beaujolais wines that are authentic and true to the appellation. They sell 50% of their production in bulk to négociants; the rest is sold at the property and exported.