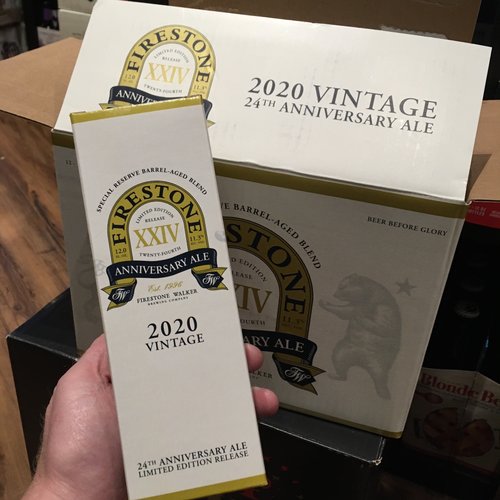 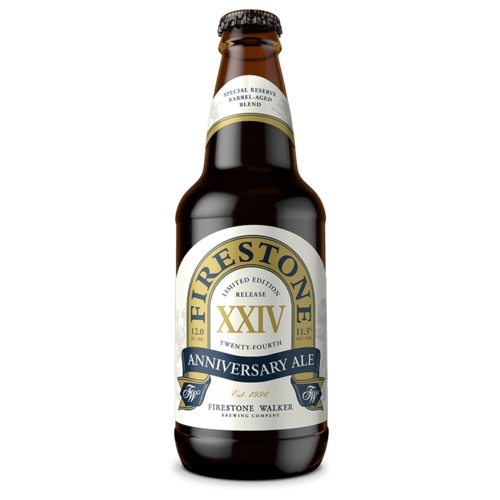 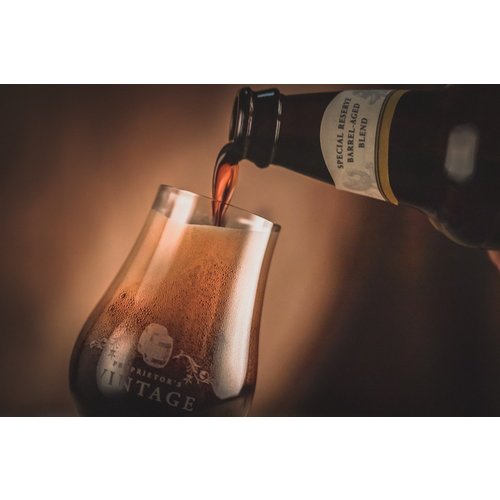 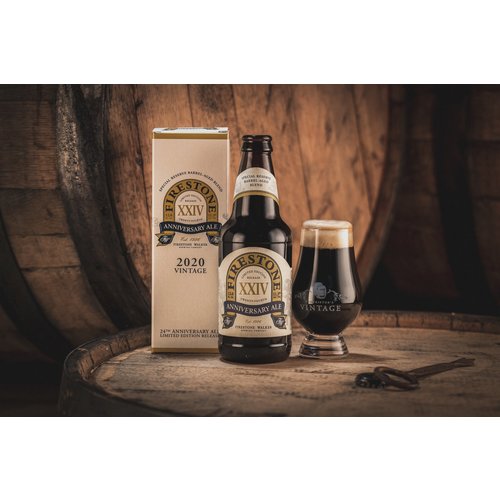 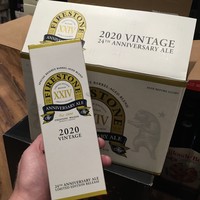 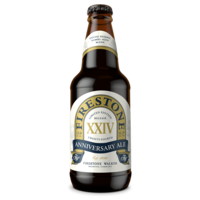 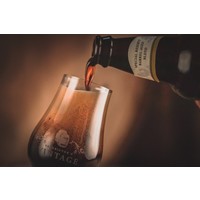 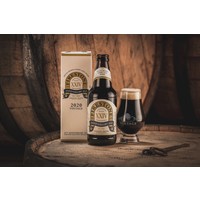 In a year like no other, Firestone Walker managed to stay the course and continue an annual rite—the creation of its next Anniversary Ale, blended with the help of local winemakers.

The resulting beer—called XXIV, marking the 24th year since the brewery’s founding in 1996—is being released today at all brewery locations, and will soon land in all Firestone Walker markets in 12-ounce single-bottle formats as well as draft.

Every late summer, right before the wine harvest gets rolling, we invite our local winemaker friends to the brewery to help blend our annual Anniversary Ale. Winemakers are practicing experts in the art of blending, and we realized early on that they could provide invaluable input for creating a seamless beer from numerous barrel-aged component ales.

The winemakers come for both the challenge and the camaraderie. They split up into small teams and create their own preferred blends from the provided components. Each of the resulting trials is then blind tasted by the entire group, and votes are cast for the winning blend.

The victorious team walks away with bragging rights—and with a set of coveted cardboard crowns.

The result this year is XXIV—a masterwork of richness and complexity, blended from six distinct ales aged primarily in bourbon barrels, with a small portion aged in tequila barrels.

Amy Crook, our Quality Manager and XXIV Blending Orchestra Director, explains how this year’s blending process was different from the past.

“This year the world turned upside down with the Covid-19 pandemic, yet we knew we had to do something to continue our annual tradition, and thus we created our first virtual blending event. The initial challenge was to come up with a method to the madness, so we decided to pack up the event and deliver it to the wineries.

In a typical year we invite around 20 groups to participate, so to keep it simpler we decided to make this year a “Challenge of Champions” and only invite past winners. We offered up every barrel-aged component we had available by racking these beers out of the barrel, hand-bottling them and then delivering “blending components” kits to each winery. We also made a blending tool kit complete with pipettes, cups, and buckets to mimic the lab environment from our traditional blending competition. We took the kits to the road and curbside delivered to each of the wineries.

Once the winemakers’ blends came back to the brewery, we mocked the beers up on a bigger scale, hand-bottled and delivered them to the wineries to begin the voting process. The votes poured in and Halter Ranch took the crown!”

REFLECTIONS ON THE BLENDING PROCESS

This year really challenged the tradition of our annual Anniversary Blending with the takeaway that even a pandemic will not stop it from happening. The feedback from the winemakers was overwhelmingly positive about the whole experience, and while we have spent years curating the group and turning it into an all-after­noon event, what the winemakers loved the most was that they could do it on their own time and with a smaller number of people. They had the ability to bring their production team together and deep dive into the flavor and barrel characteristics of the different beers. This allowed them to put a lot more thought into their blends without the pressure of time and the palate fatigue from tasting so many bold beers. The same was true for judging the blends. Judging on a different day with a fresh palate really put an emphasis on the characteristics that each group chose to highlight. This resulted in amazing beer blends so different from previous years.

Amy says: “In the end, we were able to develop a new blending blueprint that not only worked but in some ways was a better system altogether. The XXIV Anniversary Ale is not only special in the unique beers blended into it, but it also represents a time when the world came to an abrupt stop – challenging us to innovate and evolve, which has always been a part of the success of our barrel program and of Firestone Walker as a whole.”

This year’s event embraces the concept of barrel aging more than ever because no matter what’s going on in the outside world, the beer in the barrel is resilient and will continue to develop and improve with time… as will we. 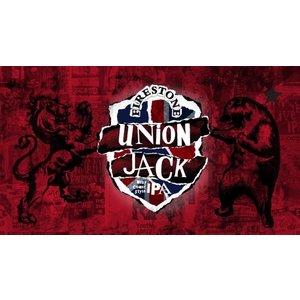