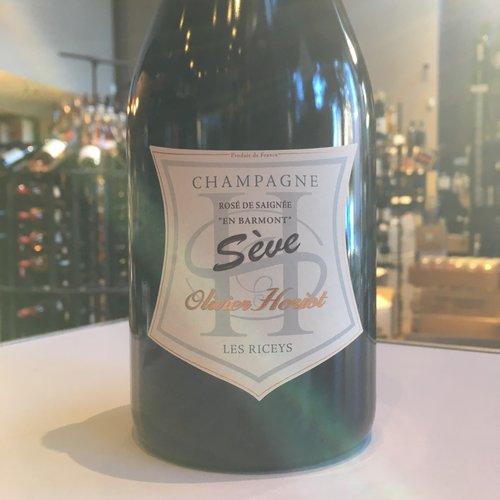 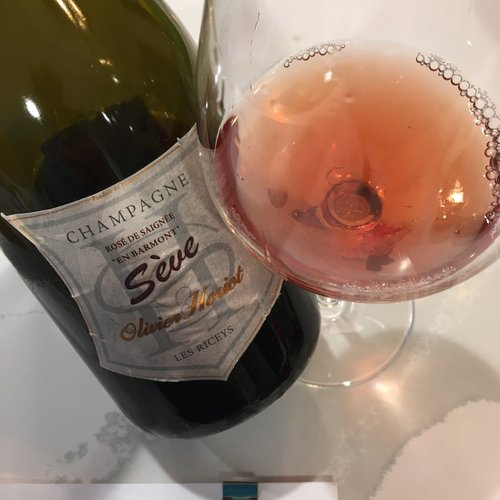 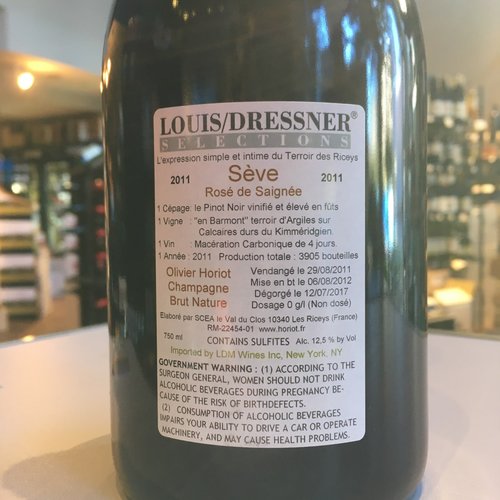 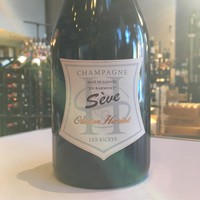 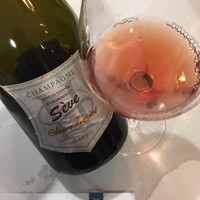 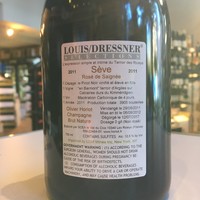 A brut nature rose champagne of 100% pinot noir. It is made using the saignee method and is dome using semicarbonic maceration for 4 days. It comes from "En Barmont" vineyard plot and rests 60 months on the lees after primary fermentation.

This is a beautiful, dark rose color and is a hearty champagne that can stand up to a lot of foods. A champagne for colder months and special celebrations.

(From an interview with Olivier Horiot that took place at L'Herbe Rouge in February, 2013 by Louis/Dressner.)

Tell us about the Domaine Olivier Horiot.

Vines have been in the Horiot family since the 1600's. I come from the side of the family that were inn-keepers, but my grandfather replanted vines post-phyloxerra, so you could say I am the third generation to subsist from viticulture. My father and grandfather always worked with the cave coopérative, and we still sell a part of our production to them. I decided I wanted to independently vinify my own wines upon joining my father in 1999.

We produced the first estate wine in 2000. We own 7h, and I vinify the equivalent of 2h. The rest is sold to the cave coopérative and to négociants. We jokingly call it the "Champagne Equilibrium", and don't plan on entirely modifying this system, at least for now. This balance gives us the opportunity to have more fun with the stuff we vinify independently, to craft them more to our taste.

What inspired you to started making your own wines?

An anecdote that has always stuck with me was during my time in US, vinifying in the state of Washington. Where I worked, Cabernet Sauvignon, Merlot, Riesling and Chardonnay were all planted together in the same vineyard! It struck me as odd that they thought they could produce quality wine this way, but I later realized that they were simply trying to figure out what grape was best suited for this terroir.

When I came home, I had a revelation. My family's land already had established grapes grown on established terroir. I also realized that with just one grape (Pinot Noir), you could produce many different styles of wine and still have them be reflective of a place. I hadn't originally planned to come back or even to vinify my family's vines, but from that moment on I knew I wanted to make Rosé des Riceys and Coteaux Champenois.

Everyone makes Champagne, but we are only 15 who continue to make Rosé des Riceys. It felt like a worthwhile tradition to continue. And that was the idea from the beginning. In fact, the first four years I only made rosé and Coteaux Champenois. Our first sparkling was produced in 2004.

Most regions of France don't have this versatility. The magic of Les Riceys is that with Pinot Noir, you can make quality rosé, red, white, white Champagne and rosé Champagne. This makes it a truly unique place.

Can you elaborate on Les Riceys and its history?

You should probably get some historians on the case, but I'll tell you what I know! Historically, still red wine was produced in Champagne well before bubbles. The region of Champagne used to be extremely densely planted; vines were 40 centimeters from each other. There was no way to get a horse in there, and all the work had to be done by hand. These reputably were amongst the best red wines of France in medieval times.

The Riceys AOC was created in 1945. But prior to this, an insatiable group of growers had always produced rosé because it was THE local wine. Today, we are between 15 and 20 for a total production of 70 000 bottles a year. It's tiny! And in years like 2001 or 2007, no one made any because the quality wasn't there. So instead, everyone made bubbles. We are definitely lucky to have the luxury of this option!

Is there a big difference between making bubbles instead of still?

Making bubbles is easier. Your grapes don't need as much maturity, so it's a lot less risky as far as potential rot. You can also work with higher yielding vines than if you were to produce a quality still wine.

A great rosé is complicated to make, and requires low yielding, older vines. You are working on a 4, 5 day maceration, sometimes filling the tank in the middle of the night and watching over them in a way I've never seen anywhere else. Even if we don't all work the same way in the vines, there is true passion behind everyone's desire to make this wine.

For only 2 hectares, you produce a lot of different cuvées. Could you describe them to us?

If someone analyzed this purely from a commercial standpoint, they'd probably say: "You guys are crazy!" But those who overanalyze never end up taking action, and we decided to do this off of feeling. In 2000, we produced Rosé de Riceys and Coteaux Champenois from the En Valingrain site, because we knew that quality wines had historically been produced here. As far as the En Barmont site, no one was producing still wines from here, but I had a good feeling that these clay soils would produce something of quality. Still wine hadn't been produced from this site in over a 100 years.

Originally -like any good Champenois- we were planning on blending both sites together. But they both ended up being so good and different that we bottled them separately. It was the beginning of our "complications"! If we had had just one rosé, it would have been a lot easier to sell. But this instinctive decision led us to realize that En Barmont was more suited for reds and Valingrain's marl lends itself better to rosé or whites.

We then took took this approach to the bubbles. We release 4 sparkling cuvées, but in the cellar vinify our 8 terroirs separately before blending. Métisse and 5 Sens are blends, but Sève Blanc is all from En Barmont. It's a learning process: by doing this we also realized what we did and didn't want to sell to the négoce.

As far as the Coteaux Champenois Blanc, we have Chardonnay and Pinot Blanc in the rosé hills. Initially, we'd go harvest these later to produce bubbles, but we soon realized that it was a shame just blending it into a Champagne. So there's only 500 bottles of it, but it's still worthwhile for us to do.

You have a majority of Pinot Noir, but you grow a lot of other grapes...

We have the typical Champagne grapes here, but we also have varieties that are typical of the Aube. Arbane has been here for a long time, and is believed to be Gewürztraminer and Savagnin's distant cousin. Pinot Blanc is also an Aube grape, and was also planted in Chablis before phylloxera. We recently planted some Petit Meslier and Pinot Gris, and though they are still very young, I hope to produce something interesting with these.