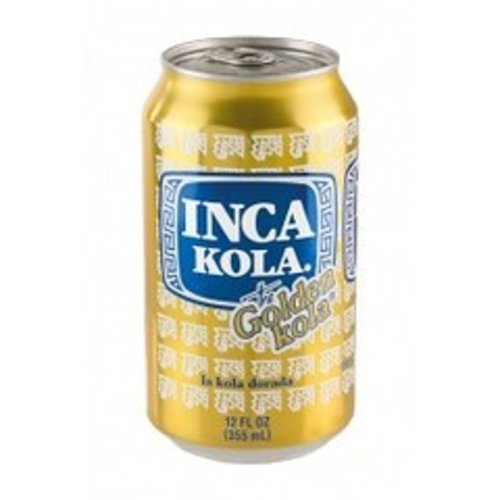 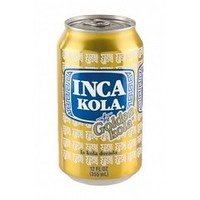 Inca Kola The Golden Kola was developed in Lima Peru in 1935. The unique mixture of exotic flavors combined with a brilliant color has intrigued consumers from the very beginning. The unique quality of Inca Kola is that everyone that tastes it gets a different flavor from it. The fruity flavor and distinct yellow color are the main attributes responsible for its continued growth. Inca Kola was so well accepted in this Andean nation that it was adopted by the Peruvian consumers as a symbol of national pride. As Inca Kola increased in popularity it soon became the beverage of choice to the majority of soft drink consumers in Peru. Inca Kola is the only brand to outsell Coca Cola and Pepsi Cola combined volume in a national market and it continues to maintain the leadership role in market share as the number one brand in Peru.

In 1980 Inca Kola set sail for the United States and began its wondrous journey into the North American beverage scene. Born out of the trunk of a taxi cab in Maimi Florida, Luis Jardines, the brands founder in the United States, started out that first day with 10 cases of soda in the trunk of a taxi. He sold five and at the end of the day gave the other five to the cab driver and said “take this home and share it with your family and friends.” Fast forward to 1999 and The Coca Cola Co. Purchased the trade mark Inca Kola. The strength and growth of the existing Hispanic business network was so compelling that The Coca Cola Co licensed the rights back to Continental Food and Beverage Inc. The very company they had purchased the trade mark from. Today Continental Food and Beverage Inc. (CF&B) is the exclusive bottler for brand Inca Kola in the United States. The US distribution continues to grow every year and is currently available in 32 states. Inca Kola is continuing its journey and expanding into international markets such as Japan, Australia, South Korea, Spain and Panama.