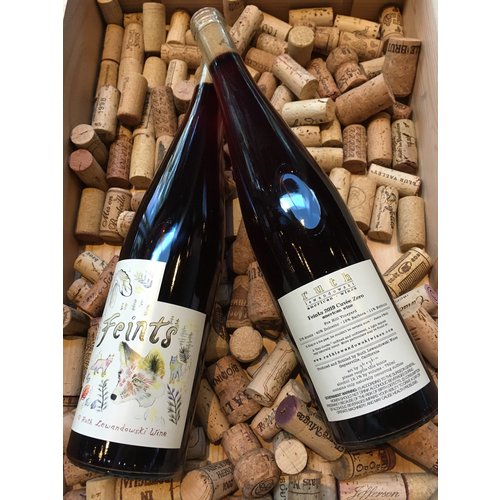 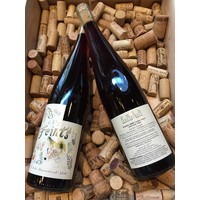 Check out our IGTV review of this wine: Click Here.

"Working at once with all of the Piedmontese varieties found at Fox Hill, Feints is quite an unexpected wine. It's a co-fermentation of Dolcetto, Barbera, Nebbiolo and Arneis...yes, three reds and a white (and nearly 50% white each year)! Full carbonic maceration keeps things poppy, light on its feet and fresh. For all intents and purposes this is the complex light red wine go-to and truly couldn't be more gluggable."

Lowell Stone had quite the vision for his wife Babara's place. As a young man, he fell head over heels for Italy, particularly it’s wine culture. Finally, in the late 80's, he took to replanting the entire property, converting it over from mostly Chardonnay and Riesling to many and much more obscure Italian varieties (with a few acres of two Portuguese varieties thrown in for good measure). Today, it's a library of what one could get their hands on in the way of Italianate grapevines at the time from nurseries, friends, and the odd 'suitcased' cuttings. Fox Hill rests between Hopland and Ukiah just up from the Russian River on benchland called the Talmage Bench. Uplifted former riverbed, Fox Hill is predominantly standstone based – very rocky and pebbly, with a large amount of quartz to trip over as one is weaving one's way in and out of the vine rows that eventually find their way into Mahlon, Chilion, Feints, and Rosé.

I've said it a thousand different ways since the beginning of Ruth Lewandowski Wines, and I think its most comprehensible to explain “Ruth” as a concept more than a living, breathing individual. A concept born out of the affiliation of my own philosophies of farming and winemaking (which indeed spill over to inform so many of my life beliefs) and one small but very significant text in the Old Testament of the Bible, the book of Ruth. Without sounding 'preachy' and so as not to offend the sensitive, and in the interest of concisely summing things up, I don't believe there to be a deeper, more compelling depiction of the natural cycle of death and redemption (both in the physical realm we can see and the spiritual realm we often do not) than this one short book.

Death is, indeed, the engine of life

Nothing that is alive today could be so without something having died first. This is the redemptive nature of our universe, of our planet, of our soils, plants, and ultimately you and I. The cessation of things is necessary to begin anew, even more fully. From the wreckage of death and tragedy at the beginning of the book of Ruth, a young woman finds life, finds beauty and is able to truly live....not simply in spite of the death, but because the death occurred at all. The regeneration of the life of our soils occurs only through organic matter...all completely dead, broken down carbon-based items. A natural fermentation is the building up and dying off of multiple strains of yeast and bacteria, each paving the way for the next strain to take over (and each leaving their altogether unique signatures of flavor, aroma, and textural compounds).

Who is Ruth? Well, with this sort of explanation, I suppose I could say that there is a bit of Ruth in all of us.