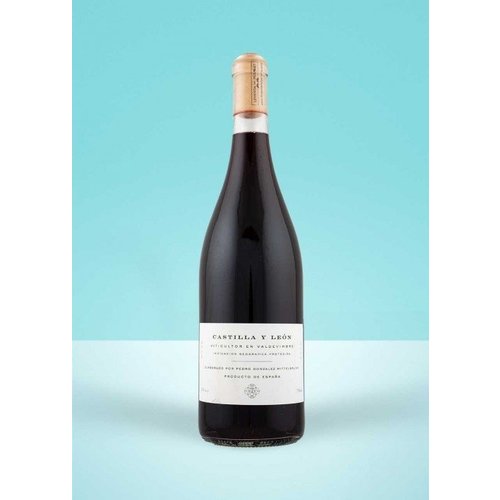 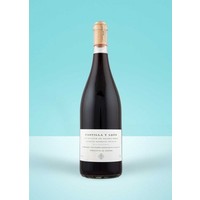 $13.99
Availability:
In stock
Share:
After years of creating Leon´s benchmark, winemaker Pedro Mittelbrunn threw caution to the wind to follow his dream to «help revive» Leon´s local grapes, Prieto Picudo and Albarin, gaining him the name of Pedro Prieto Picudo.
He convinced the region´s best farmers to partner with him in the winery in addition to buying up specific plots to re plant with Albarin, the region´s white varietal and Prieto Picudo, the region´s big flavoured superstar red varietal. This relatively new project is most definitely up and coming and offers the world of wine something quite different.
This brave pioneer of modern Prieto Picudo, is the only producer in the world to produce certified organic Prieto Picudo and Albarin. The winery prides itself on being a leading light in sustainable wineries and has implemented several energy and water saving techniques.
Pedro González Mittelbrunn, our winemaker, is a León native and Professor of Viticulture & Enology at the. University of León. The vineyards are called ‘El Paramo’ and are found in the northern part of the Duero River basin. Prieto Picudo is a native varietal that Professor Mittelbrunn has been instrumental in reviving.

Leon was once the largest producer of wine in Castilla y Leon, larger than its neighbour Ribera del Duero. As the younger generation moved away, this most important sector has suffered but is now beginning a quiet come back thanks to brave pioneers like Pedro Mittelbrunn and the local grape Prieto Picudo.

The solitary, state of the art winery is located in amongst the vineyards and is the perfect get away from it all destination.

Biodynamic and organic grape growing is central to the winery´s philosophy. A large part of the 72 hectares are certified organic or on their way to being organic.

The unique Prieto Picudo grape is a small grape with big flavour producing wines with bold flavours that ages well.  The very special Albarin grape is much smaller production.

Easy to distinguish because of its tight bunch. The grapes are oval shaped with a pointy end. The skin is dark-bluish. The taste and aroma are sweet and intense. Its uniqueness comes from the vineyard’s conduction system. The branches lie on the field which is highly unusual. The pruning is also different, much harder than usual because you need to kneel down. We call it rastra.
Create your own review
No reviews found...
Related products 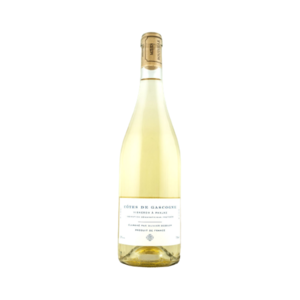 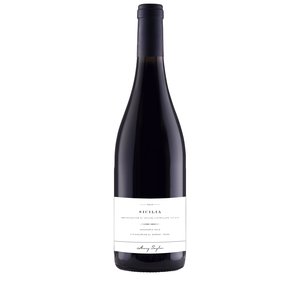