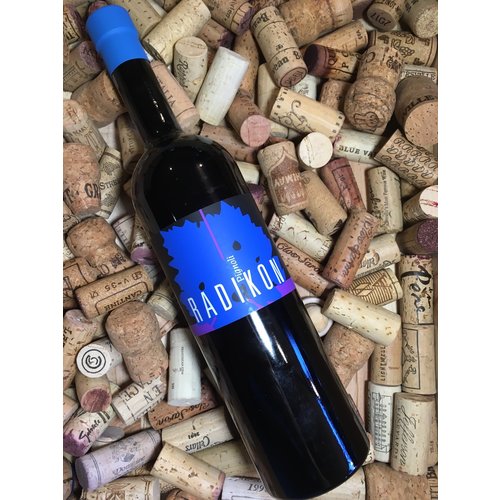 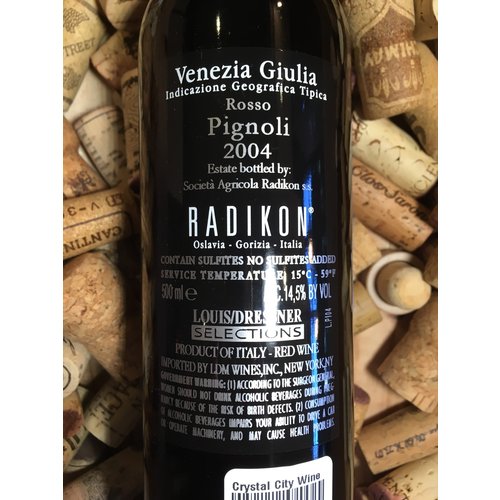 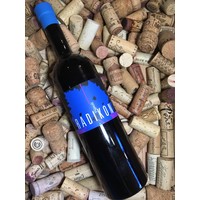 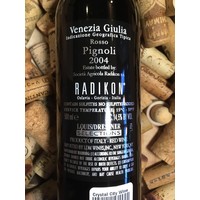 Pignolo sparks curiosity and fascination in everyone that crosses its path. Suzana happily recounts how the variety captured Stanko’s imagination back in the ’90’s. Infact it was 1998 when he planted the first parcel, circa 3,000sqm, close to the woods on the southwest facing vineyard just below the Cellar. Here we’re talking 180 metres above sea level with steep gradients and a density of 9,000 vines per hectare. Soil composition is principally Marl, known locally as ‘Ponca’, with a valuable clay component.

As native grapes grow, Pignolo is a complicated character. Time and again it proves itself to be one of the most idyosyncratic and downright fussy vines in the yard. It really is as though it chooses when and where. Suzana explains to us how Stanko initially decided upon an alberello style cultivation system. It works exceptionally well with their Ribolla but Pignolo just would not comply. Yields were significantly uneven and low. Undeterred by the challenge, the Radikon’s opted to switch to Guyot and almost straight away the vines showed signs of appreciation. “With Pignolo, we’ve found there is so much trial and error,” said Saša , “we learn something new every vintage”.

“The winery’s philosophy is to always make a natural, organic wine with the least human intervention possible and with the maximum respect for the soils and nature.

In the vineyard, the vines are planted extremely tight (between 6. 500 to 10,000 plants per hectare). We do not use any chemicals or synthetics and the treatments using absolutely innocuous, non-harmful products are minimized. Through careful pruning and selection at the time of harvest, the hand harvested yields are kept well below 2.25 tons per acre.

In the cellar, the grapes are de-stemmed and then macerated on the skins for 30 days more, with experimentation of 6/7 months for the whites, and 35 days for the reds. The pressing is done softly using a pneumatic press. All phases of the vinifications are in Slavonian oak barrels, first in wood vats and then in large barrels in which the wines are aged for about three years before bottling. The vinifications are done using only the natural yeasts present on the grapes. There is no sulfur added at vinification or bottling.”