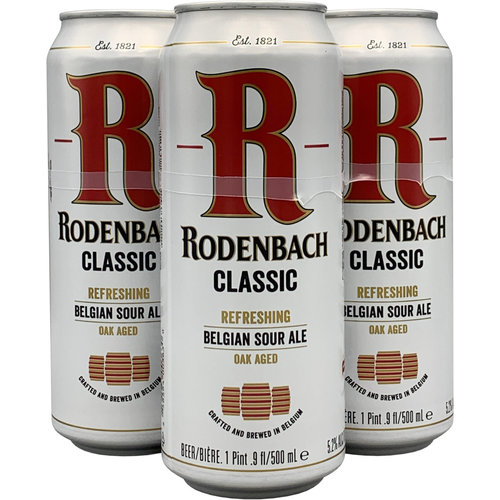 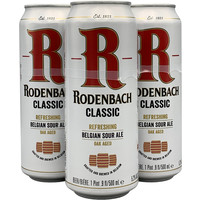 A blend of young and mature beer, Rodenbach Classic is a perfect balance of caramelized roasted malts and tart fruit notes with subtle oak undertones and a refreshingly crisp, yet lingering finish. The mature beer is aged for two years in the standing oak casks – a process that dates back to the middle ages and something that Rodenbach has been doing for nearly 200 years. It is then expertly blended by Master Brewer Rudi Ghequire for an approachable, sessionable sour that is pairs exceptionally well with foods.

Brewed in West Flanders region of Belgium since 1821, BROUWERIJ RODENBACH is arguably the most awarded brewery in the world, the leading craft brewer of oak-aged mixed-fermentation ale and revered by beer drinkers, globally. The beer is aged among the brewery’s 294 oak casks (“foeders”) for a minimum of 2 years, before master brewer Rudi Ghequire expertly crafts a perfectly balanced and refreshing beer that pairs exceptionally well with food. First gaining international acclaim at the 1894 World’s Fair in Antwerp, RODENBACH has gone on to win Gold medals from the most reputable critics and publications in the world including its most recent accolade of World’s Best Sour Beer (2018, World Beer Awards).