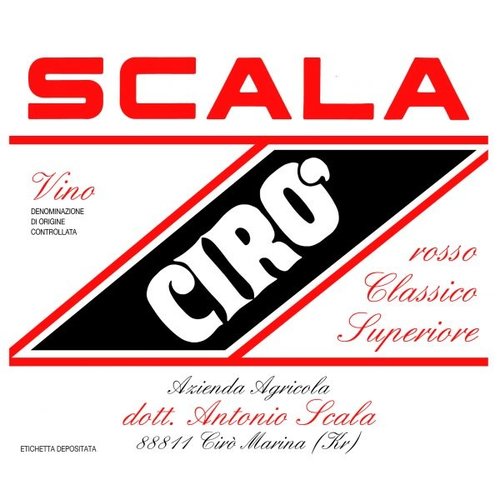 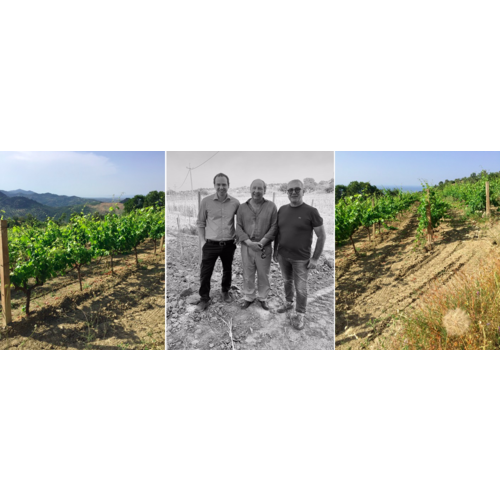 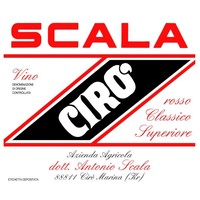 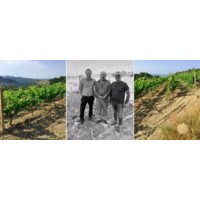 100% Gaglioppo, a medium-sized, thick-skinned grape indigenous to Southern Italy and best known for the production of Ciro DOC. The grapes comes from a vineyard called “Franza”, in Contrada Franza (municipality of Ciro), in the region of Calabria. The ownership of the land goes back to the 17th century. It was previously cultivated with olive trees and citrus groves, and turned into a vineyard in 1965. The soil is clay and sand, with a South/South East exposure and 10 year old vines trained as espaliers. The grapes are de-stemmed, then macerate at 77F until the fermentation is completed. After a soft pressing, the wine is racked and left in cement tanks for a minimum of 10 to 12 months. 13.5% Alcohol.

This property has been in the Scala family for 200 years. Originally founded in 1949, the winery was rebuilt in 2005. The domaine is currently run by Luigi Scala, who favors quality over quantity and aims to produce distinguished Calabrian wines. From the growing of the grapes to the refinement and aging of the wines, Luigi follows family traditions to best express the terroir. He was joined in 2008 by his son Francesco, who oversees the business side of the winery. The Cirò DOC was created in 1969.

The vineyard is comprised of 18 hectares for an overall production of 60,000 bottles - maximum will be 100,000 bottles, all from estate fruit. Most of the grapes are native varieties such as Greco bianco (different clone than the Greco di Tufo grape found in Campagnia), Gaglioppo, Magliocco, a tiny amount of Nerello Mascalese, Mantonico and Greco nero. The vines are cultivated in espalier on the hinterland plains and hills, on argillaceous and sandy soil.

Farming/vinification practices: Certified organic since 2016. Lupins are used to fertilize the vineyards; they provide the soil with nitrogen and help eliminate weeds. Luigi's grandfather used indigenous yeasts, but the current winemaker, Benedetto Lorusso, chooses to inoculate.